I spent a little time this weekend looking through the cemeteries in Erath County, TX for some of my ancestors on my Dad's side of the family. Many of them lived and were born in Erath County. I found a few of the Jenkins, but I have yet to find the Grahams, Swofords and possibly Woolsey's from that area.

As I was browsing through the different cemeteries on Find-A-Grave I started to notice a trend in the appearance of the cemeteries. They all reminded me of cattle ranches. Notice the entrances. Even some of them have the cattle entrances to prevent cattle from going into the cemetery. Talk about blending your cemeteries into the surrounding area. I'm sure their are many ranchers buried in these cemeteries. I guess that one way to lay them to rest in the way they lived, on the ranch. In many parts of the country you see cemeteries that look like parks, but not in TX or even OK. They die like they lived and are very practical. Now don't get me wrong, some of the big cemeteries in the big cities of TX and OK do look like parks, but the simple ones in the simple little towns sure fit. I love it really. 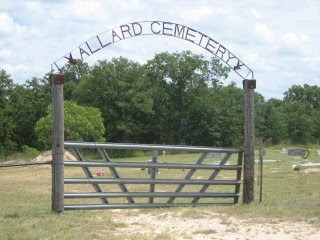 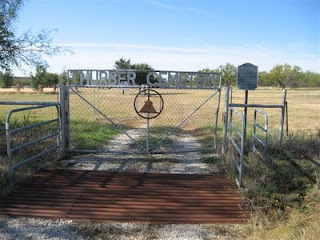 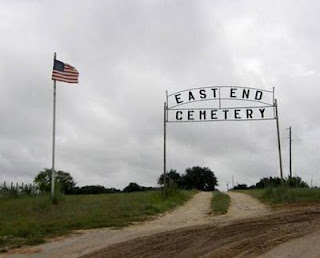 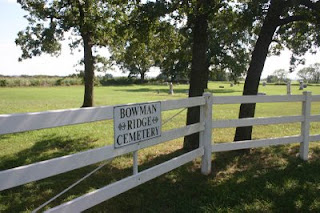 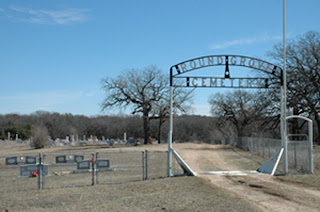 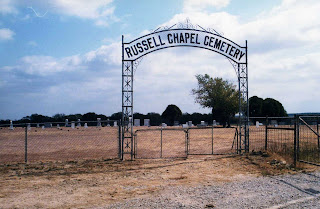 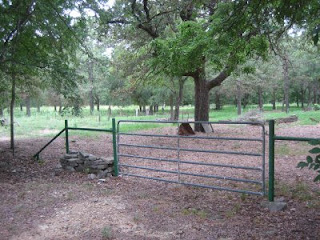 Old Valley Grove Cemetery Contributed by Ken Jones
Posted by Untangled Family Roots at 11:03 AM 4 comments: Links to this post

Paul had a few occupations himself. At the age of 19 he was a Steamboat Engineer in Coeurd'Alene, ID (1910 census). I would love to know more about that. At age 29 he was an engineer in a Wood Yard in Skagit, WA (1920 census) where his children were born. About ten years later he was a truck driver for a wood company (from 1930 census. Hard to read, but I'm sure that's what is says) in Vancouver, WA.

According to a family record Paul married Hazel Sawley 27 Jul 1915 in Sandpoint, Bonner Co., ID. Between their marriage and the birth of their first child they then moved to Skagit, WA where Hazel gave birth to Geraldine 7 Feb 1916. To follow were Melvin born 16 Mar 1918 and died Dec 1979 in Spirit Lake, Kootenai Co., ID, Harold Julian born 3 Dec 1919 and died Jun 1977 in Coeur d'Alene, Kootenai Co., ID and Margaret born 1922.

Paul passed away 12 May 1939 in Coeur d'Alene, ID. He was laid to rest in the Old Paupers Cemetery (now Kootenai County Cemetery) in Post Falls, ID. The only marker to his grave in the third row first plot is a lilac bush.

What little research I have found on Paul has been done by distant relative of Hazel. So I've not been able to obtain anymore information or a photo, only what exists in public records.

Hazel went on to remarry after Pauls death twice more to a Bill Clark and a Duvall. She lived a long life and past away 24 Dec 1983 in Ferry, King Co., WA. I've not yet located where she was laid to rest.
Posted by Untangled Family Roots at 9:12 AM No comments: Links to this post 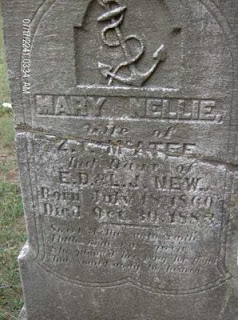 It was some time before he married again, but he did to Sophronia I Bazell in 1892 in Graves County, Kentucky. In 1893 Sophronia gave birth to their only daughter Minnie R in Aug of 1893.

From 1900 through 1920 they continue to live in Mayfield, Graves, Kentucky. Sometime between 1920 and 1942 Zachary moves to Idaho. Sophronia died in 1932. I can't finding anything on either of them between that time.

I was fortunate enough to get in touch with a great niece of Zachary Taylor who shared with me the photo above and this:

Zachary Taylor McAtee was married to my Grandmother's sister, Saphronia Isabella Bazzell. They had one daughter, Minnie Longpre. They lived in or near Graves County, Kentucky when Minnie was growing up. The scadal of the Bazzell family was that a wild west show came to town, and when they left, Minnie ran away from home and joined the show. She was a sharp shooter! I don't know much between then and the time she ended up in Spokane, but she later moved to Coeur d'Alene and sent for her parents to come and live with her in Idaho. Aunt Fronie (Saphronia) died in CdA and is buried in the cemetery there -- the name is something like Forest Cemetery. My husband and I found the grave there one day and pulled the weeds from the metal plate that marks the grave. It just says McAtee, with a death date of 1932.
My mother remembered them from her childhood in Mayfield,KY. She said that Aunt Fronie called her husband Mr. McAtee, and he called her Miss Fronie. Mom said he was a tall, gentle Scotsman. He was past 90 when he died, and he probably was buried in the County Cemetery. I can't imagine he had much money at all by that time.

His great niece again still lives locally. It's nice to see families stay around for generations. I tried to find Sophronia and Minnie's grave, but that will have to be another project for another day. I'll have to visit Forest Cemetery near here and see if I can't find them.

Zachary died 27 Aug 1942 in Coeur d'Alene, Kootenai County, Idaho and was buried at the old Pauper's Cemetery in Post Falls, Idaho. Unfortunately he is one of those with an unmarked grave. Almost none of the graves ever had a stone and any wood or other markers are long gone.

Posted by Untangled Family Roots at 12:58 PM 8 comments: Links to this post

It's been a rough year for me to post very often. I was hoping to be able to go back to staying at home with the chidlren and enjoying my hobbies of genealgoy and quilting. But it didn't work that way. No sooner did I quit work and go home with the children when once again by husband was out of work. Fortunately for us it only took a phone call to get my old job back, and six weeks later I was back to being spread thin. And no I can only wished it had the same effect on my butt.

So I've had to dig a little deeper than just 2008 to fill all of these catagories. So here they are the iGene awards for Untangled Family Roots.

I hope you enjoy all of these as much as I enjoy researching and writing about them.

Posted by Untangled Family Roots at 9:39 PM No comments: Links to this post