RATHDRUM PIONEER IS TAKEN BY DEATH

Rufus Beck, 64 pioneer resident of Rathdrum died last evening at a local hospital. The body is at the Cassedy Funeral Home and funeral arrangements are pending the arrival of a sister, Mrs. O. H. Fuller of Fort Blakely, Wash.

Rufus was born 18 Jun 1879 to Simon and Mary Beck in Michigan. the family moved to Rathdrum, Idaho sometime before 1900.

His only known sibling was a young sister Lola (I'm not sure is this is the same O.H. Fuller named in the obituary or is that is a different sister. This sister was the only sibling found with the family in the census records from 1900-1930). She was born in Wisconsin in 1886, so the family must have lived in Wisconsin for a while before moving to Idaho.

From at least as early as 1910 until his death Rufus was a Blacksmith for Rathdrum. Rufus lost his mother Mary in 1919. By 1920 he and his father were partners in a Blacksmith shop until Simon's death in 1929.

Rufus finally married later in life some time before 1920 to Myrtle. I believe the son living with them in 1920, Thomas, was hers from a former marriage, even though he is listed as Rufus' son in the 1920 census.

I wondered how a man who was a big part of the Rathdrum community, a booming logging community at the time, ends up poor with the county burying him. But if you think about his profession as a blacksmith, he died at a time when the blacksmith was becoming extinct. People were starting to buy cars, not to mention the Great Depression which had been going on for nearly a decade at the time of this death.

He Gave them Dignity

Gilbert Yates was the founder of Yates Funeral Home here in Coeur d'Alene, Idaho. His son and I emailed a while back trying to find information about those buried at the Paupers Cemetery. His son, Dexter told me that his father was instrumental in stopping the use of the Paupers Cemetery for those who were poor. He thought it was embarrassing for the county to bury the poor in a way that showed prejudice.

I'm a little disappointed that I was too late to meet this man. He knew the history of this cemetery and I agree with his effort to stop its use and give even that poor a dignified burial. Which is why I am making an effort to preserve the memories of those buried there and give their lives meaning.

Here is his obituary. 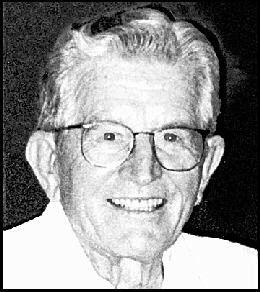 YATES, Gilbert Dexter
(Age 89)
Founder of Yates Funeral Homes, died October 30, 2008 at his home in Hayden, Idaho. Gil was born May 13, 1919 in Potlatch, Idaho to Frank and Martha (Hutton) Yates. At the age of seven his family moved to a farm nine miles north of Potlatch where he attended grade school at the Mountain Home School District in Latah County. He graduated from Potlatch High School in 1938 where he excelled in football and baseball, and then moved to Coeur d'Alene to begin his apprenticeship with the Cassidy Funeral Home. After completing his apprenticeship he was employed by a funeral home in Yakima, Washington, and it was during this time that he met his future wife, Eileen Schanzenbach, who was attending nursing school at St. Elizabeth Hospital. Gilbert attended the Cincinnati College of Mortuary Science, graduated in 1941, and returned to Coeur d'Alene where he again was associated with the Cassidy Funeral Home.
Three months after the outbreak of Pearl Harbor, Gilbert enlisted in the Medical Corps with the U.S. Navy. He and Eileen were married on May 10, 1942 in Wapato, Washington. In December of 1942 he was transferred to overseas duty for two years. After returning from sea duty he served as an instructor at the Hospital Corps School in San Diego until his honorable discharge in 1945.
After the war Gilbert returned to Coeur d'Alene and to his profession as a funeral director while obtaining his pilot's license. He purchased the current property on 4th Street and started the Yates Funeral Home in 1952. In 1974 he purchased the Browning Funeral Home in St. Maries, Idaho and then opened the Yates Funeral Home in Hayden in 1978. He sold the family business to his son, Dexter, in 1981 but continued to work with his son and grandson, Eli, for the rest of his life.
He was a founding member of the Coeur d'Alene Public Golf Course and a founding member of the CHS Viking Booster Club. He served on the Fair Board and the School Board. Gil was a 60 year member of the Masonic Lodge and a 60 year member of the Lions Club where he served two terms as president and two terms as zone chairman. He was also a member of the V.F.W., the American Legion, the Elks Lodge, the Eagles Lodge, the Hayden Lake Country Club, and was named "Boss of the Year" in 1966. He was past president of the Idaho Funeral Service Association, and the Kootenai County Saddle Club as well as rodeo chairman and arena director for 30 years. Gil was a member and elder of the First Presbyterian Church, having served on every church committee during his 65 years of membership. He enjoyed horseback riding, snowmobiling, golf, and playing cards with his friends. His accomplishments as a leader in community, church, youth, school, athletic, and professional programs are far too numerous to list.
He is survived by his wife of 66 years, Eileen at the home in Hayden; a son, Dexter Yates and wife, Karen of Hayden; daughters, Patricia Rodriguez and husband, Rico of Post Falls, and Pamela Market and husband, Bruce of Spokane; a sister, Aileen Curtis of Moscow, ID; grandchildren, Jeff Yates of Coeur d'Alene, Eli Yates and wife, Ingrid of Hayden, Matt Ziegler of Walnut Creek, CA, Ben Ziegler and wife, Kim of Coeur d'Alene, Katie Ziegler of Post Falls and Paul Ziegler of New Castle, WA; 4 great grandchildren, 3 nieces and 1 nephew.
Calling hours for the visitation will be from 5-7 P.M., Thursday, November 6, 2008 at the YATES FUNERAL HOME, HAYDEN CHAPEL. The funeral service will be 1:00 P.M. Friday, November 7, 2008 at Coeur d'Alene Bible Church, 5350 N. 4th St., Coeur d'Alene. Burial will be at Coeur d'Alene Memorial Gardens with a reception following at the First Presbyterian Church, 521 E. Lakeside Ave., Coeur d'Alene. For friends wishing to make memorial contributions, the family prefers the Gilbert and Eileen Yates nursing scholarship fund, North Idaho College Foundation, 1000 W. Garden Ave., Coeur d'Alene, ID 83814. Please visit Gil's memorial obituary and sign his online guest book at www.yatesfuneralhomes.com

Posted by Untangled Family Roots at 3:53 PM No comments: