Each community has its prominent people, and the legal community of Kootenai County, Idaho has the Hawkins. Join us for a mini-series of articles on the Hawkins family. The Hawkins’ story begins in Nebraska before James V. Hawkins travels west.
CHILDHOOD IN NEBRASKA
It was the Spring of 1874 in Dewitt, Nebraska. Dewitt had only been incorporated as a town just two years before. It is still a little farming community and today it only has a population of 513 people and in 1880 had a population of 305, so you can imagine how small it was in 1874. It was the 17th day of April 1874 when James Viator Hawkins was born to John P. Hawkins, an Irishman, and Hattie C. (Gray) Hawkins, a girl from Iowa. He was their second child. He had an older brother, John, just one-year-old and would later gain two more siblings, Mary and Raymond.
In the 1885 Nebraska Census, it is recorded that John Hawkins was a druggist. It’s no wonder that his grandson and other descendants would go into the medical field, but James would follow a different path into law.
James spent his childhood preparing for his future. It started at the age of ten when he raised a hog and the proceeds from that began his education fund. He worked hard and prepared for his future. By the time he went off to normal school in Chicago to begin his professional education, he had saved enough money mostly funding his own education. He then took a year and taught in the public schools before returning to Nebraska and entering law school. He was a boxer in college, which was contrary to his personality. His grandson Jimmy said he never liked confrontation or arguing. One must wonder why he chose the area of law if it was so contrary to his personality. Regardless, he did become an attorney.
Continue Reading
Posted by Untangled Family Roots at 1:00 PM No comments:


We are at a point in history where our whitewashing of both our country, family, and global history is coming back to bite us. For centuries stories have been passed down in families, groups, the schools have written books, and countries have proclaimed certain facts as history, and now that information is literally at our fingertips many of us are calling it all hogwash.

Here is just a small example of how a family has been so convinced for so many generations that their ancestor was wrongfully denied his Indian heritage and his right to land and how with the help of research and a detailed analysis I’ve been able to prove that in fact he was rightfully denied the inclusion to the Dawes Rolls because, well he wasn’t Native American at all. This article may infuriate some people, but I’ve never been one to sugar coat anything.

Below is a list of the questions and answers in the interview of William Riddle born about 1846 in Tennessee and the records that debunk his many false answers. Choctaw MCR 6027, William M. Riddle, Department of the Interior, Commission of the Five Civilized Tribes, July 9, 1902, In the Matter of the Application of William M. Riddle. Note the questions and answers below are not all that was asked of him. I’ve selected the ones that support who he was and the ones that were outright false. Many other questions were asked with mundane details, and to publish the entire thing would make this article too large. 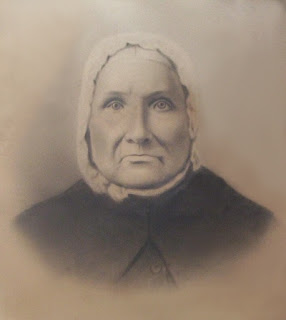 Often you hear about how the commission was giving land to the white. I believe that did happen and I think this is how it happened. I think it was through the interviews and those who were smart enough to keep the stories straight and be able to back up enough of what they were saying probably successful obtained land in this very dirty and underhand method. But in this case, I believe that the commissioners saw that his story was not believable. He even contradicted himself within the interview, without all the research I’ve found I still would have had trouble believing him.

Original records are invaluable and it’s so important that if you are doing research that you go look at the original record. I can’t stress that enough! GO LOOK AT THE ORIGINAL! Because you don’t get the whole story until you do, and sometime you will even find more detail in the original that can either further your research or in some cases clue you into the fact that the record does not belong to the person you are research. Research requires that you look at ALL the details and not just create a family tree based on databases that are missing a lot of information.
Posted by Untangled Family Roots at 8:53 AM No comments: