A Case of Murder

It all began with a death certificate. My Woolsey ancestry can drive me crazy sometimes when I hit brick walls, so I've gotten in the habit of looking at everyone and trying to find everything possible even on distant connections. I was looking at the family of Minnie Agnes (Woolsey) Tandy, my grandfather's aunt when I stumbled across this death certificate for her daughter Amie Urisa Tandy. Normally I would just capture the dates and places and move on in order to establish connections to my direct line, but then I notice the cause of death "punctured lung - gunshot wound, Hemothorax and Severed Spinal Cord" That alone just sounded so sad. I realized though that there had to be a story to this, so I began to search for newspaper articles on Newspapers.com.
I was shocked to discover that my grandfather's very own cousin was shot and murdered by her own husband Leo Nichols. Leo had come home drunk and began taunting his son Bobby Jack by shooting at him! I can only imagine the horror a mother must feel to witness her husband shooting at their own child. She confronted Leo and he turned his attention on her. He began shooting at her. Bobby Jack recalls on the stand that he saw his mother jump. He thought at first she had jumped out of the way, but in fact she had been shot and the impact of the bullet threw her body.
The Sheriff would later recall that he came to the home to find a woman moaning. She lay on the floor in her own blood screaming.
Leo Nichols was found guilty and given a life sentence. I never could find anything more on Bobby Jack Nichols. I can only imagine how hard it would have been on a little boy to witness his father shoot his mother. Bobby was only eight years old at the time. This was a sad sorry to discover in my family. 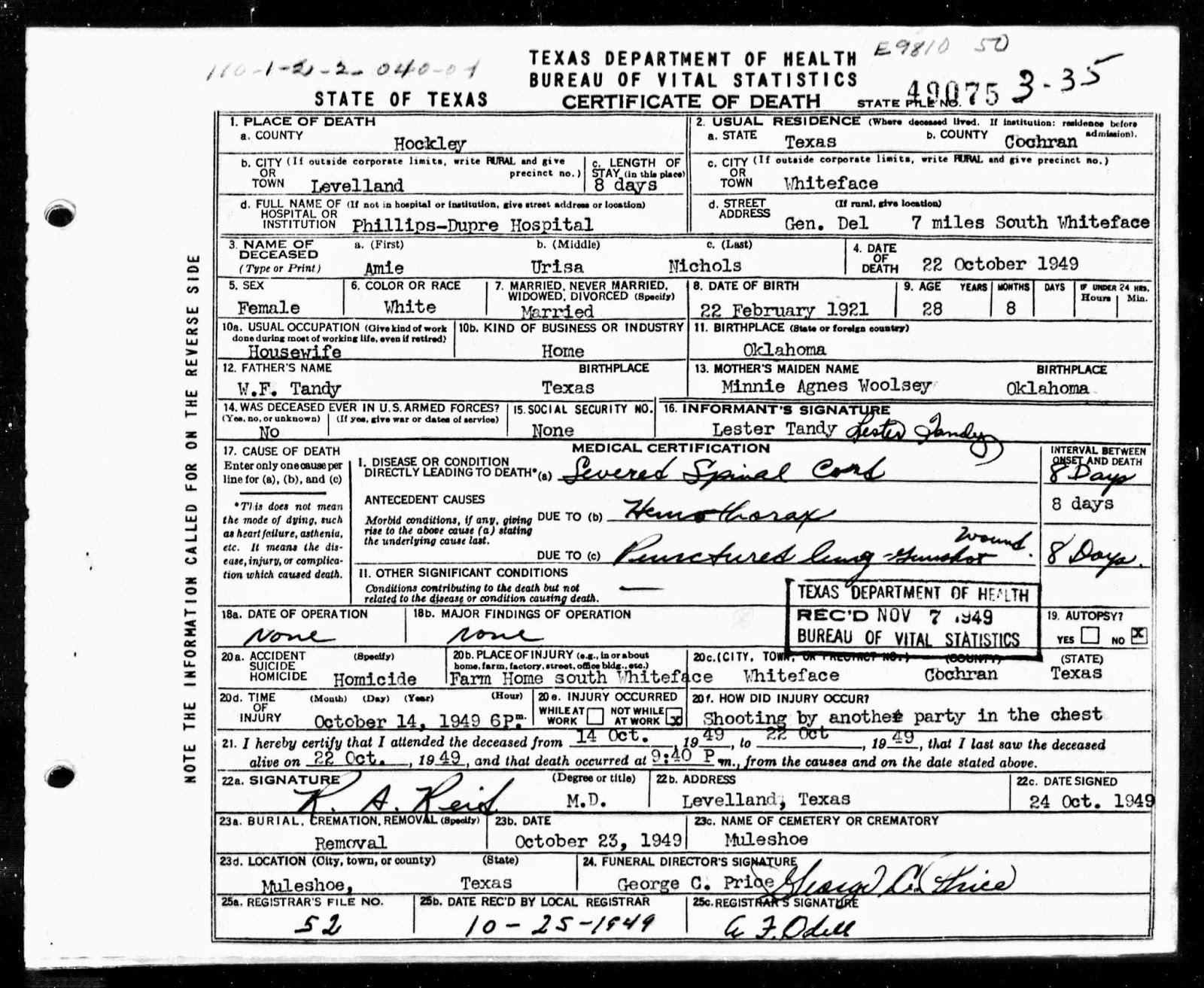